To learn about Ladysmith’s history on the go, download the Ladysmith Heritage Trails & Opportunities app on Apple App store or Google Play store. Select a walk and your phone will notify you when you are near a heritage spot so you can read more about it.

GET THE APP TODAY!

The area we now call Ladysmith had its origins more than 5,000 years ago. Stz’uminus First Nations communities settled on the waterfront due to its natural harbour. The sea and coastline provided them with abundant fishing and hunting for generations. The town that stands today has its roots in an 1898 decision by James Dunsmuir, a son of coal baron Robert Dunsmuir. He chose Oyster Harbour as the shipping port for his nearby mine. A settlement then sprang up virtually overnight as miners moved here. They brought homes, shops, hotels and churches with them by rail from nearby Nanaimo. Many of those buildings still stand. You can see many of them, and other preserved artifacts, on heritage walking tours. The Town of Ladysmith was officially founded in 1904.

So how did Ladysmith gets its name? Dunsmuir chose it in honour of the end of the siege of Ladysmith, South Africa during the Boer War. 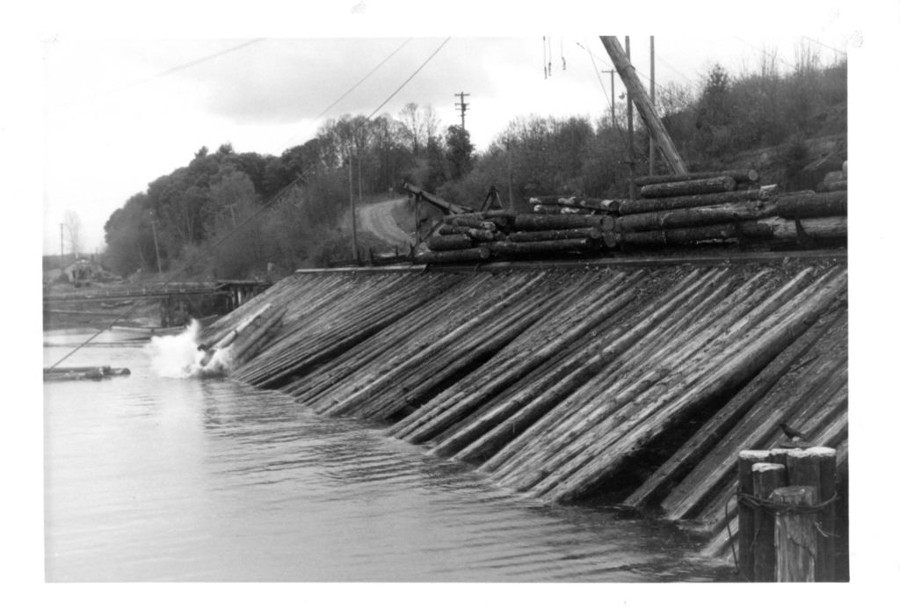 From its modern founding in Edwardian times, Ladysmith’s early days were driven by natural resources.

Copper found on Mount Sicker south of town was shipped to a smelter here. Spurred by mining activity, our population mushroomed to nearly 5,000. The boom didn’t last, though. A miner’s strike went on for more than a year and saw many people to leave the area. The industry also ran into trouble when demand for coal began to slide. The mine closed in 1931. Families had to move to find new work, defaulting on paying their property taxes. The resulting economic downturn came on the heels of the Great Depression.

Salvation came later in the ‘30s in the form of the logging industry. The Comox Logging and Railway Company injected a new energy -– and payroll — into the community. Sawmills cut the logs. Timber replaced coal as the main product shipped through the harbour. 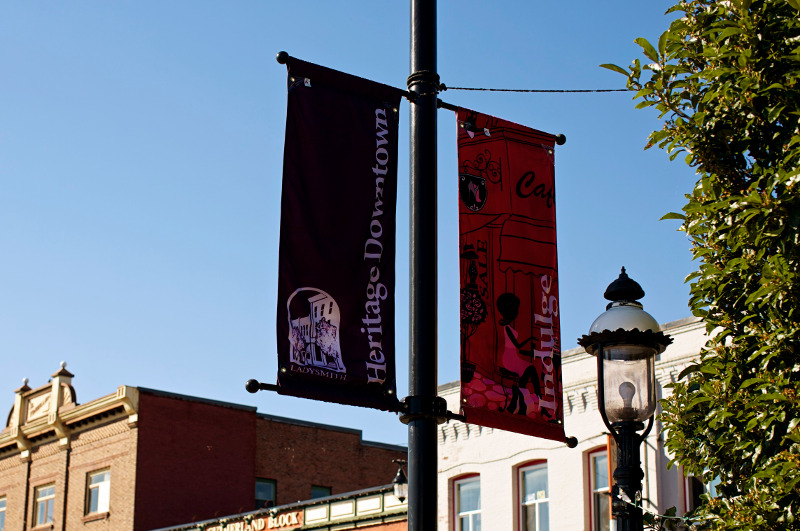 Logging enjoyed a 50-year run of good times. Today it’s still an important part of the regional economy but has a reduced role. Throughout all the peaks and valleys, Ladysmith has grown and diversified. Tourism, retail and other business sectors have all strengthened. New businesses have opened, broadening the services available here. Progressive projects like downtown revitalization created a sense of renewal. And our town has committed to honouring the rich cultural history of our Stz’uminus First Nation neighbours. Together we’re creating a prosperous future for generations to come

For more information on our heritage, visit the Ladysmith and District Historical Society.